Posted on October 5, 2016 by patchworkhouseconcerts 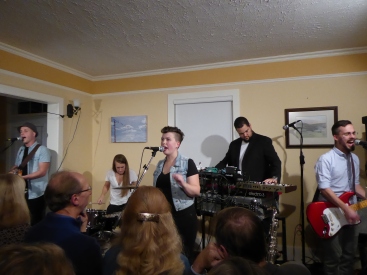 One of the hottest new bands in Halifax takes the Patchwork stage on Saturday, November 12.  Show time: 8 pm.  THIS SHOW IS NOW SOLD OUT BUT…….we have another great show on December 3!

Hillsburn is a five-piece indie-folk-pop band. The group formed in 2014 and has received regional and national acclaim for both its recorded music and its live performances. Hillsburn released its debut LP, In The Battle Years, in March 2016 and will be heading back into the studio this winter to record a new project.  Come hear their new material!

Tickets are $20 and available only on eventbrite:
https://www.eventbrite.ca/e/hillsburn-live-at-patchwork-house-concerts-tickets-28335415992

See you at the show!

This entry was posted in Uncategorized. Bookmark the permalink.